A few months ago, I got an alert about a really widespread sale on United for flights to Europe and Northern Africa. I immediately texted my friend Henah and she was down to go with me. Both of us are pretty well traveled, so it was hard to pick a place we both hadn’t been to and would work with our schedules. After a little bit of searching, we landed on Lisbon.

I flew to Lisbon on Lufthansa via Frankfurt and arrived mid-day on Saturday, just a few hours after Henah arrived. I took a taxi to our lovely Airbnb in the old town in Lisbon, Alfama. Since it was late afternoon by the time we were settled, we took a taxi to Mercado De Fusão, an outdoor market area with live music and street food. It was later in the evening when we got back from the market, so our first night was spent walking a little bit around Alfama and eating dinner at a restaurant up the street from our Airbnb. On Day 2, we decided to book a free walking tour with Sandemans. Our tour guide, Jorge, was absolutely incredible. We spent close to 5 hours walking around Lisbon, taking in breathtaking sights and learning about the extensive history of Lisbon. Jorge was able to point out some secret viewpoints of the classic, gorgeous orange rooftops of Lisbon where we were able to snap some photos. I highly recommend anybody who’s stopping in Lisbon should do this free walking tour! While walking around Lisbon, Jorge was pointing out all the tuk tuks and trams that run throughout the city. The tuk tuks are more expensive, but a unique mode of transport that I’ve only ever seen before in Asia, so it was fun to see them in Europe as well. At one point, Henah and I tried to use the trams to get around, but they didn’t come very frequently and it ended up being a hassle. Ubers and taxis are very well priced, so I’d recommend using those methods to get around. On Day 3, we decided to go to a town nearby called Sintra. We took a taxi to the Rossio Train Station in Lisbon where we bought tickets for the train to Sintra for about €5 roundtrip. After about a 45-minute train ride, we arrived in Sintra. It’s possible to take tuk tuks or bike taxis around in Sintra, but the easiest and cheapest way is to pay for the trams. Sintra is stunning. We spent a full day in Sintra and I easily could’ve spent a second day there. We were able to visit the Castle of the Moors, Sintra National Palace, and the Park and National Palace of Pena. There was so much more we wanted to see, but we simply didn’t have time to see everything Sintra had to offer. On Day 4 and our last full day in Portugal, Henah and I took a taxi back to the airport to rent a car. When researching what to do in the area, we found an area of Portugal called Comporta that seemed to have beautiful beaches and wanted to go there. We plugged “Comporta” into Google Maps and after a bit over an hour of driving, we arrived in the center of Comporta and something seemed off. We were in the tiniest little town getting confused stares from the very few people we saw as we were driving around. We figured out that we should drive down the road a bit further to see if we could find the beaches. For about an hour, we drove around confused and kept going back and forth. We eventually stumbled upon a cute café called Comporta Café and guess what?! They had a beach! It was one of the most breathtaking white sand beaches I’d ever seen and there were maybe two groups of people there. I could not believe how blue the water was. I’m not a surfer, but the waves this day were intense! They looked awesome for surfing. After having a small lunch at the café, we decided to lay on the beach until we had to make the drive back to Lisbon. When we walked closer to the water, we noticed there was a giant sea turtle on the beach who appeared to be injured. Apparently, sea turtles that are injured and know they don’t have much time left come to the beach to die. We, along a few others at the beach, contacted the authorities and tried our best to keep the sea turtle alive waiting for help to arrive. Unfortunately, help was all the way in Lisbon and we had to leave before help arrived. Since we’d rented a car the day before, we were able to park that overnight and use it to drive back to the airport in the morning for our flight home. Side note: if you’re staying in Alfama, it’s very difficult to find street parking! All the streets are super narrow and parking garages are ridiculously expensive (like, €100/night expensive), so try your hardest to avoid having a car, or be prepared to park it far away. Henah and I both flew back to Newark together via United. I left Henah in Newark and had a layover for a few hours before my flight on United back to Los Angeles. If anybody is interested in traveling to Western Europe, but is trying to save money, Lisbon is a great destination. They do use the euro, but everything is much cheaper than a lot of other spots in Western Europe. It’s full of beautiful sights, interesting history, and welcoming people. I can’t wait to someday return to Portugal! this is amazing post thanks for sharing information with us

So glad you loved it and found it helpful!! 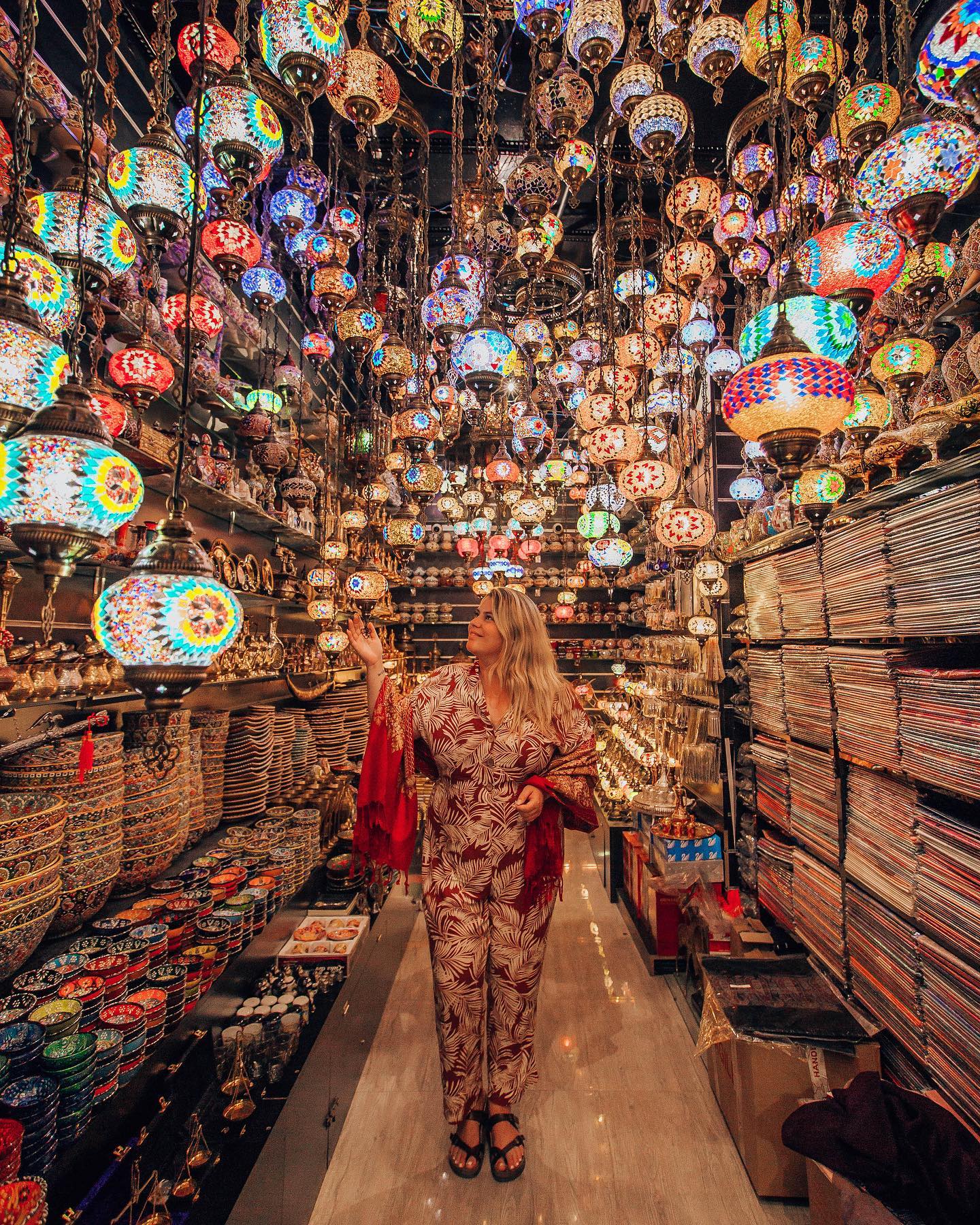 aonewayticket
•
Follow
Have you ever been flipping through the pages of a magazine and wished you could close your eyes and teleport into that page? Well, now you can! ✈️ I just joined the new Travel + Leisure Club (@travelandleisurego), which is a travel membership service from the one and only, Travel + Leisure. As a member of #TravelLeisureClub, I can save up to 60% off some of the best hotels and resorts in the world and get access to special perks like room upgrades, welcome gifts, and an exclusive travel planning and concierge service (perfect for getting tickets to sold-out shows and snagging that exclusive restaurant reservation!) | #ad Whether you’re planning a future trip to Dubai or any other corner of the world, Travel + Leisure Club will help make your trip one that deserves its own spot in a magazine!  It’s super easy to become a Travel + Leisure Travel Club member. Use my code AONEWAYTICKET22 when you sign up through the link in my stories to get a special 30-day free trial plus $20 in credits. You can cancel at any time.
View on Instagram |
1/4 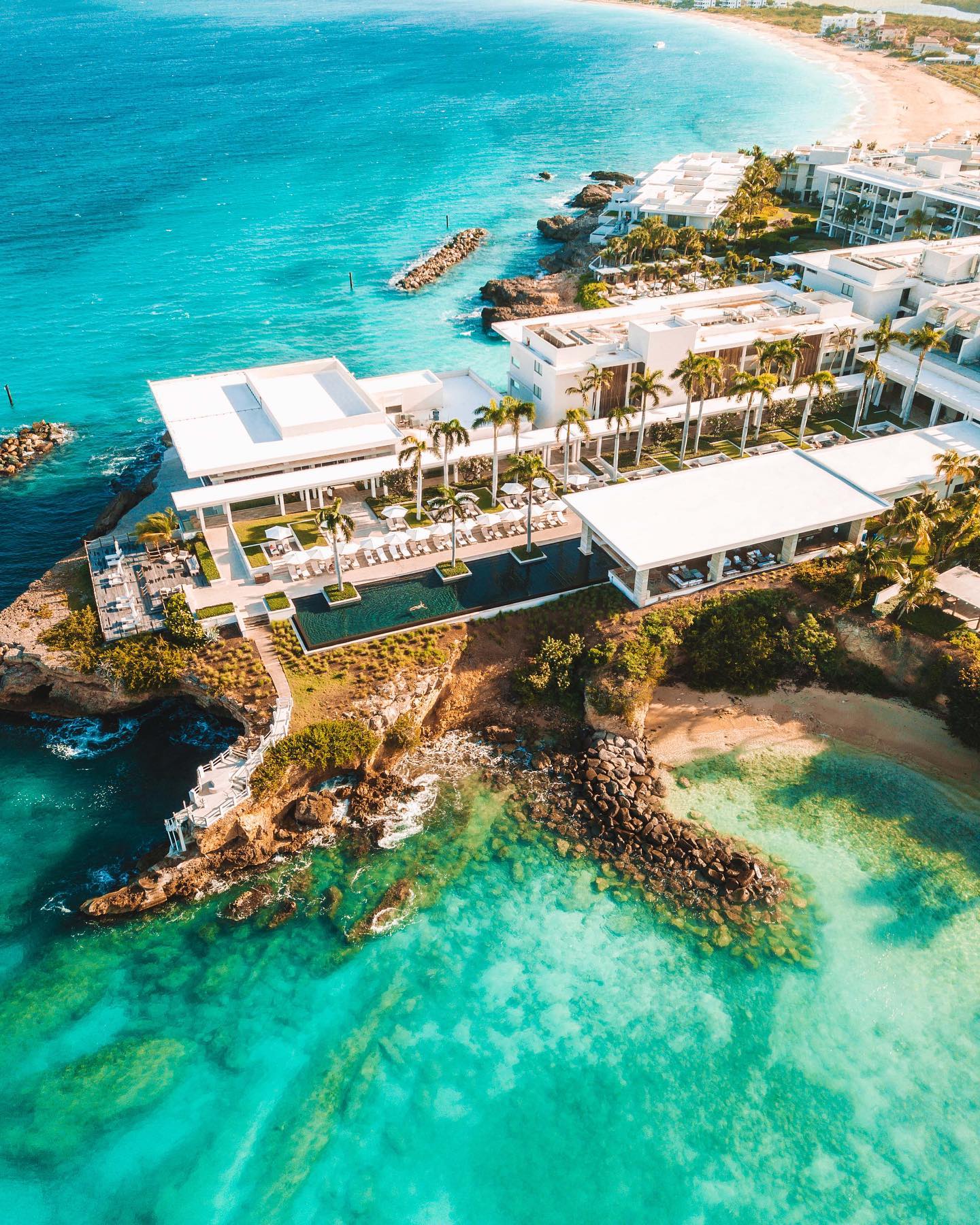 aonewayticket
•
Follow
Reminiscing on my most recent trip to @fsanguilla. Seriously, how is it possible that the water is this blue?! 💦😍 I’m heading out tomorrow on a new trip to a place I’ve been wanting to visit for ages. Not only is this a place I’ve wanted to visit for a long time, but visiting this country will check off a much overdue item on my bucket list. Some hints for where I’m visiting: 🌿 It’s the second most biodiverse country in the world 💎 They’re the world’s largest exporter of emeralds ☕️ It’s a massively popular destination for coffee lovers 🎤 A super popular singer calls this country home 👤 This country has a population of over 50 million people Any guesses?! Extra points if you can guess what bucket list item visiting this country will cross off ☺️ #FSAnguilla #fourseasons #fourseasonshotel #fourseasonsanguilla #anguilla #anguillabeaches #visitanguilla #hotelsabovepar #beautifulhotels #luxuryresorts #voyaged #travelgirlsgo
View on Instagram |
2/4

aonewayticket
•
Follow
NEW BLOG POST LIVE 📝 A full review and guide from my stay at @fsanguilla last month is live on my site right now. I go into all the nitty gritty details about what to expect from a stay at this insanely beautiful luxury hotel in the Caribbean. Swipe through the photos for some of my absolute favorite shots to show off how beautiful this hotel is. I’m already trying to plan my return! You can check out the blog post at the link in my bio, the link in my stories, or by going to aonewayticket.com - happy reading!!! ♥️ #FSAnguilla #fourseasonsanguilla #fourseasons #fourseasonsresort #anguilla #anguillatourism #visitanguilla #luxuryhotels #beautifulhotels #caribbeanluxury #hotelsabovepar #luxurytravel #luxurytraveller #voyaged #sheisnotlost #iamtb #travelgirlshub
View on Instagram |
3/4 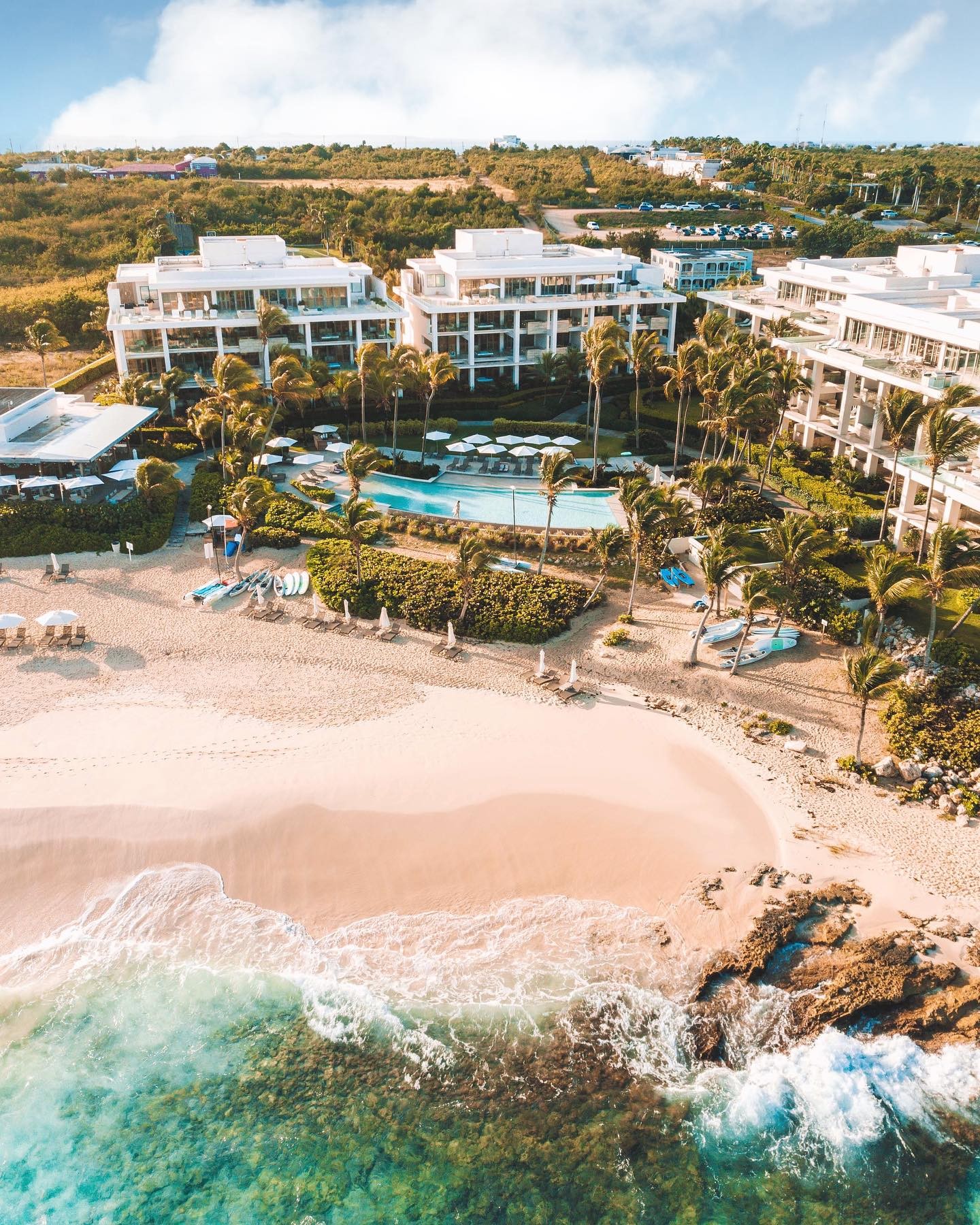