Even though staying home to go trick or treating and decorating your place into a haunted house is always a ton of fun, if you’re feeling keen to celebrate Halloween a little differently this year, there’s no better way to do so than by traveling to places that celebrate the occasion big time.

Luckily, there are plenty of incredible destinations in the United States where Halloween is a big event, giving you tons of choices when it comes to where to go this October.

From haunted hotels to towns filled with legends and huge parades, these are some of the best places in the United States to celebrate Halloween guaranteed to give you a spooktacular time!

The Best Places in the United States to Celebrate Halloween

Sleepy Hollow is a small village in Mount Pleasant that remains pretty low-key throughout most of the year, but once October creeps in, it becomes a mecca for large-scale Halloween festivities.

As its name may have clued you in, Sleepy Hollow became famous thanks to Washington Irving’s famous story. Starting in early October, Sleepy Hollow comes to life with plenty of fun parades, spookily-decorated streets, haunted hayrides, live music, street fairs, and so much more. Of course, the Headless Horseman is the main character in most events!

Looking for a ghoulishly spooky night? If ghosts and spirits aren’t enough to keep you away, a night spent at the Stanley Hotel in the mountain town of Estes Park in Colorado is the ultimate place to celebrate Halloween in the United States.

Opened back in the year 1909 by the Stanley Family, this hotel is known for being one of the most haunted places in the entire world – so much that it was the inspiration behind Stephen King’s The Shining novel!

Every so often, guests have reported seeing and hearing paranormal activity all over the hotel. Some have informed listening to the piano playing itself, while others have reported having the lights in their room turning on and off by themselves and even seeing objects flying around the place.

Despite its haunted status, the Stanley Hotel is open for visitors, and during the entirety of October, the hotel celebrates Halloween with huge events, including masquerade parties and an annual Shining Ball that was inspired by the ball scene from The Shining movie!

As far as famous places in the United States to celebrate Halloween, Salem definitely takes the cake.

Back in the 1600s, the town of Salem was the setting of some pretty cruel events. It is estimated that, in just 7 months, over 150 people were arrested and dozens of them were murdered because they were suspected of practicing witchcraft.

To celebrate the people that were tried during its witch trials, the town of Salem and its residents make sure to hold festivities, events, and memorials dedicated to them throughout October.

The main event to attend in Salem is the town’s annual Festival of the Dead, a huge festivity where you’ll get to dress up in your favorite characters and celebrate Halloween like you probably never have before.

Aside from the main festival, Salem offers plenty more to do before the main date, including the Official Witches’ Masquerade Ball, The Dumb Supper: Dinner with the Dead where you can honor your loved ones who have passed away, The Salem Witches’ Magic Circle, Messages from the Spirit World: An Authentic Salem Séance where a psychic medium will deliver messages from the departed, and a lot more.

Even though it may not be the most popular place to celebrate Halloween in the United States, Anoka is somewhat of a hidden gem and a perfect destination to visit in October for some of the most authentic celebrations in the country.

For over a century now, the city of Anoka in Minnesota has nicknamed itself the “Capital of Halloween,” and rightfully so! This small city’s Halloween festivities were the first to ever be celebrated in the USA, making Anoka a pioneer in the scene in the country.

Here’s a fun fact, though: Back in 1920, the city held its first Halloween festivities that lasted an entire week. The intention behind them, however, was not to dress up in scary customs and have fun celebrating, but instead, adults in the city planned the whole thing to scare off children that were playing tricks and creating havoc around town.

Even since then, Anoka has been a surefire place to celebrate Halloween on a larger scale, with annual traditions only ever stopping for two years during the Second World War.

Throughout October and well into November, you’ll be able to partake in pumpkin carving contests, fun Halloween-themed workshops, parties, and somewhat small-scale events while you wait for the town’s big Grand Parade, which takes place every year on the last Saturday before the official Halloween night.

Considered the most haunted hotel in the state of Alabama, the Malaga is a historic inn where you’ll get to feel as though you traveled back in time to the Civil War Era.

Adorned with furniture from the Victorian era and centuries-old items, the property is the fusion of two townhouses that were built by two brothers-in-law as a wedding gift to two sisters. Legend has it that the two sisters never really left the premises.

Guests who have stayed at the hotel have reported seeing the ghost of a lady wearing a white dress, seeing chandeliers swinging back and forth, and even witnessing furniture moving on its own.

Savannah is said to be one of the most haunted places in the United States (in fact, recent polls ranked it as the second most haunted town after Salem!), making it a perfect Halloween destination for those who aren’t exactly afraid of ghosts.

READ NEXT:
10 Best Caribbean Islands to Visit During the Fall: Where in the Caribbean to Visit in September, October, and November to Avoid Hurricanes
Powered by Inline Related Posts

Boasting plenty of historical homes and cemeteries, this gorgeous city in Georgia boasts plenty of buildings that are said to be extremely haunted. A must-do any time of the year for visitors is taking a ghost tour through the city, where a trolley will take you to some of the spots in town said to be riddled with spirits.

Come Halloween, large-scale celebrations and parades take place all over the city starting in October. Think haunted pub crawls, tours through cemeteries, and plenty of festivities meant to celebrate the occasion taking place all over town.

For the ghastliest night of your life, book yourself a room at the Marshall House. This building was constructed back in 1851 and used as a hospital during the Civil War as well as the Yellow Fever Pandemic. Guests have reported seeing ghosts all over the building, including children running up the corridors!

Have a Spooky Halloween!!!

I hope this list of some of the best places to celebrate Halloween in the United States inspired you to book a spooky getaway.

Have you ever visited any of these spots during Halloween? What was your experience there like? If you have any stories to share or have any other suggestions for places to visit for Halloween, please feel free to drop them in the comment section below! 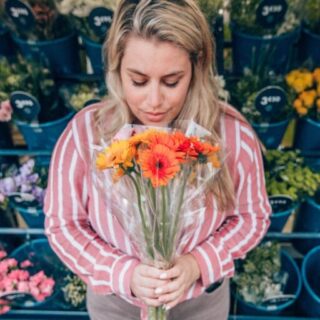